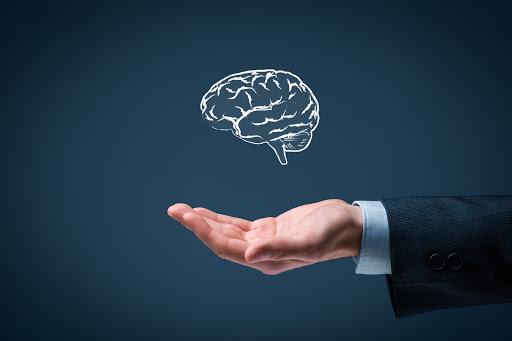 The concept of emotional intelligence and job performance goes a long way in enhancing productivity and building a strong and lasting relationship between an employer and its employee, the ability to intelligently see, perceive, and understand the different emotions expressed by both parties, helps in relaying a more accurate and favourable responses in a form of feedback that will help promote or appreciate the individual.

We would both now seek to understand the concept of emotional intelligence, the study of emotional intelligence was first introduced by Charles Darwin,…in his statement, “emotional expression are essential for survival”. over some period of time, many researcher and scientist started seeking to understand why standard intelligence alone in its self is not enough to predict the performance of an individual, they realized there is another form of intelligence which is not synonymous with normal standard cognitive intelligence which is called emotional intelligence.
Emotional intelligence (EI) is the ability to be aware of ones emotions and the emotions  of others and then accurately using such information to help manage the expression of emotions so that they foster success instead of causing road blocks, EI is also knowing what feels good, what feels bad, and how to get from bad to good. Before we continue with the concept of EI, I would like to bring the concept of multiple intelligence on board which is modelled into two types;
Emotions are very important in human interaction within their cosmos, they help in relaying signals which are influenced by the happenings around  us, they signal when something is wrong, or when our needs are not getting met, and such can be expressed in form of anger, fear, depression, disappointment, e.t.c. it has also been noticed that only people with high level of Emotional Intelligence (EI) usually turn out very successful in their career, they know the different moods to approve and disapprove of during different situations, they are also happier, healthier, and successful at keeping and maintaining relationships.
Those who possess high level of EI  usually have such positive features like;
while those who possess a lower level of Emotional Intelligence tend to have such feelings like;
Now that we have been able to understand some of the concept of emotions and emotional intelligence, we can then proceed with the term job performance by understanding its meaning, and then finding out how it can be influenced by emotional intelligence.
Job performance assesses whether a person performs a job well, it is an important criterion for organizational success and outcomes, Employee job performance is operationally defined as the extent to which an individual completes the duties that are required in order to occupy a given position, which he/she assumes within an organization (Justin Conway). sometimes this evaluation are carried out by the employer on a yearly or quarterly basis to determine the potential for a raise, promotion, or even if an employee should be fired, at times many employees often fail this test and evaluation because they have not been able to successfully manage their strengths and weaknesses in a manner that would be favourable to them in such a way that enhances the productivity and outcome of any task assigned to them.
Most times employee may often give lesser than what is expected in terms of productivity because they feel they are not properly understood by their superior or colleagues or the structures that have been put in place doesn’t seem to suit them, the responsibility of understanding different emotions expressed falls on both the employees and their employers, same responsibility also falls on subordinates and their superiors. possessing a high emotional intelligence not only helps in enhancing productivity but also helps to improve and increase the interaction between the firm and its employees, as such the employees can be driven with a singular vision and mission, by which the organisation was established.
Emotional intelligence helps in securing ways by which a person can perform when placed in different positions, and also helps to fill in loop holes by creating a more better way that promotes motivation, enthusiasm and dedication,
Now let’s conceive working in a place where the employees possess high level of EI, there would definite be a work environment where;
Also know that having a good emotional intelligence level will have you to develop yourself in the following competencies;
with all these competencies developed to desired levels, one can be able to act intelligently when handling ones emotion and the emotions of others, as well as building supportive mechanisms that enhances job productivity and performance.
I do hope I have been able to successfully throw light on the strong relationship emotional intelligence have on job performance, and also sharing ways of improving your emotional intelligence level, kindly drop a comments below or chat with me live if you have any further enquiries.
I would also like to thank the MTD training team on their various contributions to the subject of emotional intelligence and job performance. Thank You!
Thanks for reading!